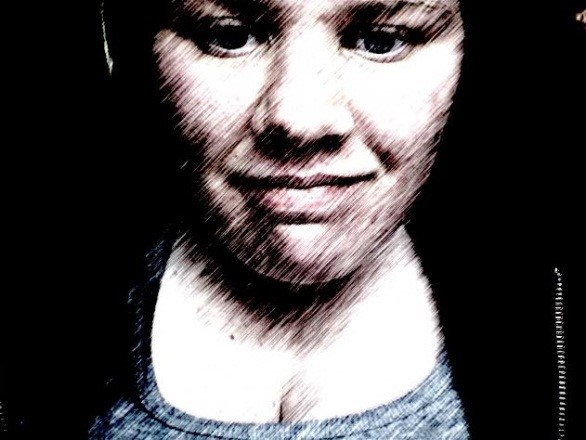 During my grade 12 year in high school I was asked to participate in a survey that Health Canada was holding to see how healthy Canadians were. I didn’t mind at all and went to their office where they did many tests. One of them was taking a blood sample. This was the first time I had ever gotten my blood taken so I was pretty scared, but they told me it was a good thing because they were going to test for everything they could whereas the doctor’s offices don’t. To this day I am so happy they did because about a month later I got a call from a doctor from Health Canada telling me this news. I was so in shock and felt like someone gave me a death sentence.

I had about 4 different people calling me from different health places to ask me all these questions about things I had never ever done in my whole life and I asked them if there was any other possible way I could have gotten it and most of them told me that it was a mystery. That mystery was my life and that left me so unsatisfied and unhappy. Also, my Grandmother has Hepatitis C so I decided to tell her that I had it too which broke her heart. We made a specialist appointment for my Grandmother, Mother and myself and then found out that I got Hepatitis C from my Mother when I was born and she got it from her Mother when she was born. The specialist doctor told us that this was basically impossible and she had never seen a case like this before. I was happy that I finally knew how I got it and decided to tell some of my friends at school because it was hard to go through on my own and thought that they would be supportive, but I was wrong and they weren’t. They all thought I was injecting drugs or doing bad things and were mad at me for something that I never did. That night I went home and made pamphlets about Hepatitis C and handed them out to my friends and then my entire school because I realized that no one knew anything about this disease that effected so many people. Going to University has continued my adventure. It’s a whole new lifestyle to get used to with a whole bunch of people that don’t understand, but between my Mom, Grandma and Me I think that

it’s possible to keep going, keep spreading the word and try to stop this disease. You are never as alone as you feel. There are so many people you can go to. Believe me it definitely helps to talk about it.