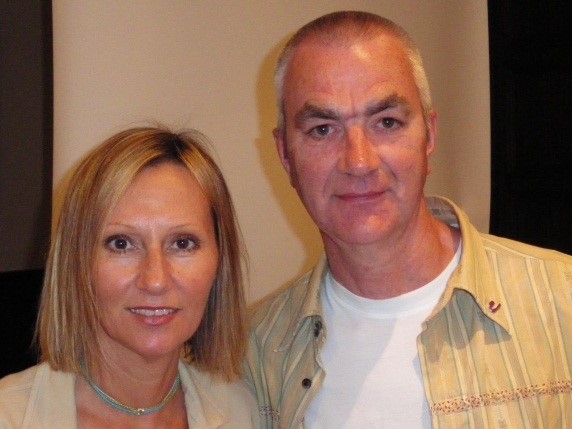 Chrissy Semple carried the hepatitis C virus for 20 years without knowing it.

She had become infected in 1980 after a blood transfusion in Germany following the birth of her youngest daughter.

Doctors only discovered I had the disease in 2000 when I had what felt like “a four-day hangover” – but without the alcohol. I woke up feeling nauseous and felt my body was sore.

Chrissy was a genotype 1b and started combination therapy in March 2006 for 48 weeks. Chrissy responded well to treatment and had absolute minimal side effects. She went on to achieve SVR.

John was diagnosed in 2005 after numerous visits to the GP with symptoms ranging from headaches to itching, he was infected with HCV after dabbling with drugs back in the 70’s.

John was a genotype 1a and started combination therapy in September 2006. He suffered more from emotional side effects and was monitored accordingly. John relapsed some 8 weeks after completion of his treatment. John went on to do a second treatment starting shortly after their wedding in May 2008. He is currently clear of the virus.

John and Chrissy met online in June 2006 and John wished to speak to someone that was on treatment as his own was looming on the horizon, they only lived 30 miles apart so met to discuss treatment. They soon developed a relationship and went on to support each other through treatment.

They have both worked in awareness campaigns for and on behalf of the Hep C Trust and the British Liver Trust.

They got married on World Hepatitis Awareness Day in May 2008 with some 70 guests they did an awareness campaign as part of the wedding reception.

They have also gone on to create an online support forum www.hepcnomads.co.uk, with almost 1,600 members including patients, medical professionals and carers. They provide help support and information on many aspects of HCV including how to cope with side effects, nutrition and insulin resistance. They have an in depth reference section and of course patients own experiences.