Sufabel Community Development Initiative (SCDI) is a non-governmental organisation that helps the community by providing advocacy, economic empowerment and resource mobilisation to children, youth and women led by males in rural and urban communities. The organisation is aimed at uplifting the livelihood of people living in both rural and urban areas by providing them with quality and friendly health services, counselling them and educating them on various aspects of life.

It is estimated by the Gombe State Ministry of Health that the prevalence of hepatitis B in the state is 11 per cent.

As a community-based organisation, SCDI conducted a routine assessment to determine the knowledge of viral hepatitis among beneficiaries of its funded TB programme for Nomads (the  Koninklijke Nederlandse Centrale Vereniging tot bestrijding der Tuberculose). This assessment  revealed a lack of awareness of the diseases. More so, feedback from civil society organisations (CSOs) implementing HIV/AIDS programmes for general and key populations provided further evidence which supported the lack of awareness on hepatitis as a public health concern in Gombe state.

To help address this, during World Hepatitis Day (WHD) 2019, SCDI conducted a range of awareness-raising and advocacy activities in collaboration with the state ministry of health and other CSOs. Key activities included a sensitisation rally, stakeholder engagement, a press briefing and free hepatitis screening. We offered free hepatitis B screening to over 500 people across three locations, including the Emir’s Palace and state offices of Nigeria Security and Civil Defence Council and Gombe State Agency for the Control of AIDS.

Importantly, we also used this opportunity to increase the awareness and understanding of the public by sharing flyers containing information about the signs, symptoms, prevention and treatment of hepatitis. The display of hepatitis progression and an infected liver on the flyers incited shock amongst the public and it was clear that many of them had never heard about the disease.

SCDI also conducted an advocacy visit to the Permanent Secretary, Gombe State Ministry of Health, urging the creation of a unit to coordinate hepatitis intervention across the state.

Participants during the commemorative event on WHD included: representatives of the State Ministry of Health, Gombe State Agency for the Control of AIDS (GomSACA), State AIDS & STI Control program (SASCP) and other CSOs e.g. Society for Women Development & Empowerment of Nigeria, Network of People Living with HIV/AIDS and members of 3 key populations led CBOs in the state. 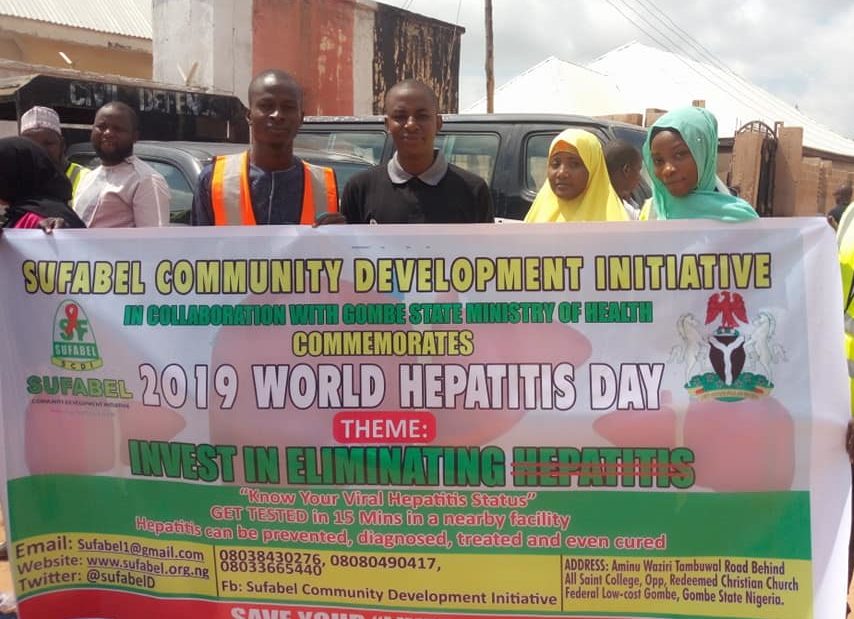 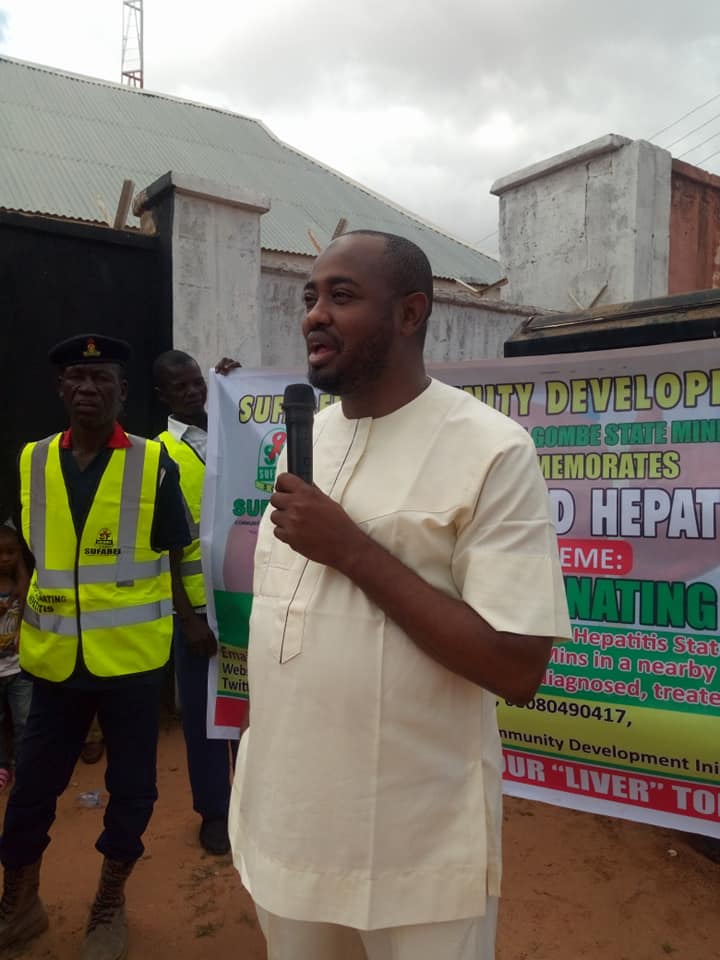 “World Hepatitis Day, is the day that I know my status and my family status which I know nothing about the dangers of hepatitis before. So Thanks to Sufabel for giving free awareness and free testing and vaccination to my family.”

“I never knew there is a liver disease called hepatitis, and I know may be is the disease that killed 3 of my family members, thanks to Sufabel for letting me know my status and referred me to health personal which is now am currently on treatment.”

“The hepatitis treatment is very expensive, none of my family member cannot afford the treatment. We are battling with three square meals how can we pay for treatment? We are calling of Government to provide free treatment like they are doing for HIV, TB and malaria”