Waverley Care is Scotland’s HIV and Hepatitis C charity. Its goal is to make a positive difference to the lives of people affected by HIV or Hepatitis C in Scotland. Its work focuses on prevention, education, testing and support and they strive to reduce new infections, scale-up diagnosis, provide support and challenge stigma throughout Scotland.

One in five people in Scottish prisons have hepatitis C. Sadly, many do not receive the support needed to finish a full course of treatment to clear their infection and many more remain unaware of their status.

HMP Low Moss is a low category prison near Glasgow. It is one of the prisons that we engage with as part of our Prison Link Service’s induction sessions. Our Prison Link Services work aims to increase awareness of blood borne viruses (BBVs), including viral hepatitis, in Scottish prisons. We work to increase prisoners’ knowledge to stop onward transmission, scale-up diagnosis and provide in-prison support to people who are diagnosed with BBVs.

Our outreach work at Low Moss was developed following interventions from a number of professionals working there, including prison staff, a Health Improvement Officer and the prison’s clinical staff. They felt there was a need to increase testing, treatment and awareness surrounding BBVs to scale-up new diagnosis and treatment uptake. Having been made aware of our work through our Prison Link Service sessions in HMP Barlinnie, North-East Glasgow, they got in contact with us.

Following a number of meetings between staff at HMP Low Moss and our outreach teams, it was agreed that our Prison Link Worker would provide sessions on BBVs, including viral hepatitis, during new prisoner inductions. It would then be the prisoner’s choice if they wanted to get tested or not. It was also agreed that all prisoners who decide to participate would then be referred on to the HMP Low Moss’ resident nurse for testing.

Since we started delivering this service at HMP Low Moss, 712 people have attended our induction sessions and 316 people who have attended these sessions have been referred on for testing.

Our in prison support has also enabled prisoners and ex-prisoners to get access to full courses of treatments. One example that we find particularly pertinent is James (not his real name). James was diagnosed with hepatitis C during a previous prison sentence. Despite wanting to receive treatment, he was refused because he was due to be liberated soon. This was a major blow. Following his re-admission to HMP Low Moss prison after re-offending, he got in contact with us through his induction session. He is now being supported by our Prison Link Worker and is due to commence treatment before he is liberated again.

Working with HMP has been fantastic. We have been able to work together to fill a gap in identifying people who are living with or are at-risk of viral hepatitis and other BBVs. 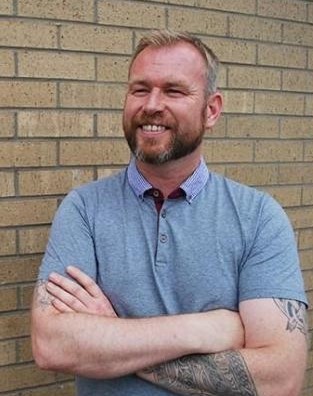 The following aspects of this service have made our activity successful:

Since we have begun delivering this service in HMP Low Moss: