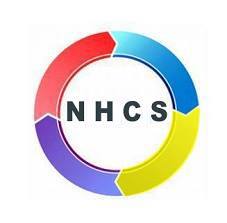 The Northern Healthy Connections Society (NHCS) (formerly the Northern AIDS Connection Society, NACS) began in 1996 as an initiative from the Rural Development Conference hosted by the AIDS Coalition of Nova Scotia. Mr. Albert McNutt, realized that there was a great need for education and awareness on HIV/AIDS issues in the community.

The Northern Healthy Connections Society (NHCS) began with a grant from the Community Health Promotion Fund through the Northern Health Region in 1996. This grant helped establish a network of individuals and organizations interested in addressing HIV/AIDS issues. It also helped to develop a small core of people willing to sit on an advisory committee for HIV/AIDS in the local area. Since it’s begining in 1996 the project (now NHCS) has continued to provide education, information, support and public engagement on HIV/AIDS. With the closure of the Pictou County AIDS Coalition, the project has expanded to serve the entire northern region of Nova Scotia. After amalgamation, the organization incorporated on June 7, 2001.

The NHCS continues to dream and hope for a world without AIDS. We are committed to act responsibly in meeting the ongoing changes and challenges of the HIV/AIDS epidemic in Northern Nova Scotia.

NHCS’s mission is to promote the health and well-being of persons living with and those affected by HIV/AIDS, Hepatitis C (HCV), Sexually Transmitted Infections (STIs) and other Blood Borne Pathogens (BBPs). NHCS offers support services, referrals and education to individuals, families, loved ones, groups and communities throughout northern Nova Scotia. All services are provided in a safe, confidential and judgment free environment.