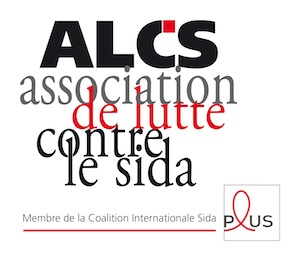 Founded in 1988, ALCS had the public utility status since 1993 (N°473-93-2) and It’s the main partner of Ministry of Health in working with the communities and fighting HIV and viral hepatitis with more than 300 high-skilled volunteers and 60 salaried.

ALCS is a leading NGO, on community-based research in the MENA region. The ALCS Research Department has been conducting important research projects notably:
-A pilot on lay provider HIV testing in 2016 then HCV testing in 2018.
-Stigma Index (2017)
-A pilot on the acceptability of PrEP (2018)
-OST in Tetuan : A critical challenge for an intervention strategy and advocacy for access HCV interventions for people who use drugs (2017)
-Diagnosis and monitoring of hepatitis C in Morocco (2018)
-Morocco investment case for hepatitis C: using analysis to drive the translation of political commitment to action (2018)
-Mind the Gap: HCV policies versus community experiences (2018)
-and recently a pilot on HIV Self-testing.
The results and recommendations of these researches are used, it has a community research department to reinforce its advocacy and to improve the Viral Hepatitis and HIV prevention, healthcare access and the respect of the communities' rights.

The main viral hepatitis activities of ALCS are focused on:
-Accompanying the Ministry of Health in developing its first National Strategic Plan to fight Viral Hepatitis (NSP VH)
-Advocacy for universal HCV healthcare access and HCV drugs affordability.
-Advocacy for funding the NSP VH (policy-makers, political parties, in the parliament and regions..)
-Raising awareness on viral hepatitis :
—Among general population, policymakers, institutions, politicians and particularly among communities (people who use drugs, people living with HIV, men having sex with men, sex workers, prisoners and detained).
—Training the field workers of ALCS and other NGOs on raising awareness and orientation of communities to the ALCS screening centers (> trained).
—Film, spot radio, many brochures were developed and widely distributed (brochure for general population, for HCV carriers and communities).
-HCV Diagnosis:
—Advocacy for reducing the national guidelines on diagnosis (> 300 USD was saved from the cost of diagnosis per patient) ;
—Advocacy for the GPs' right to prescribe DAAs.
—Training pools of volunteer general practitioners (GPs) and lay providers testing on HCV screening (around 100 testing-providers are trained).
—Stigma in the HCV Healthcare pathway: Workshops with healthcare workers for fighting stigma.
-HCV Treatment :
—Advocacy for launching the call of tenders to purchase DAAs by the Ministry of Health.
—Meetings with local producers to reduce the cost of DAAs